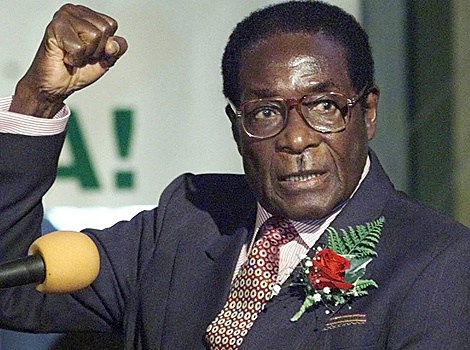 A radicalized Teacher who organized and eventually became a leading figure in a movement for independence; maneuvered his way to gain the loyalty of rebel Commanders of militias waging Guerrilla warfare against the government. Made more maneuvers and successfully became the political and the militias commander in chief of the independence movement. More successful maneuvers and becomes the elected Prime Minister and later on elected President to the delight of the population. Even Bob Marley wrote and performed his hit song “Zimbabwe” at his request.

Following bad advisement became another “President for Life;” evicted experienced Farmers from their Farms and other questionable policies that lead to dependency from aboard for food, economy collapse and then a younger 2nd  wife with ambitions eventually took him down. The world’s most educated head of state. Mr. President; why did you allow your impressive legacy to become tarnished by being drunk with power?

For What Pegman Saw flash fiction challange of 150 words or less. This week location is Harare, Zimabawe