Since we are getting close to Halloween aka All Hollows Eve more people than usual will start to mess around with something that it typically associated with the paranormal. They treat these types of activity as party games and entertainment believing that it is just harmless fun. Well the harmless in the fun is a matter of the type of activity and intent behind the activity that they engage in. Anyway table tipping is one such activity. 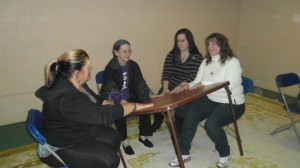 Table tipping became popular during the early 1900’s when professional mediums were claiming to communicate with spirits. The everyday ordinary people who did not have access to a professional medium to get the experience of spirit communicating developed home circles. A home circle is when a collection of people, perhaps family or friends get together and attempt to contact the spirit world. Soon it was recognized that the planchettes of the talking boards that moved, tables that tipped, the mysterious sounds and rapping, was not the work of spirits, or ghosts, it was the work of the collective energy of the human mind created by the people in the group. 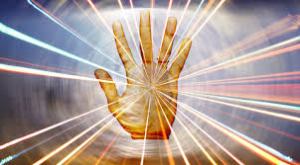 Energy gathered by a group of people with the intent on a single purpose can produce some amazing results. Table tipping is an example of the psychic abilities of the average human mind. However since most people do this for entertainment, they are not aware of the mechanics; they think it just happens. 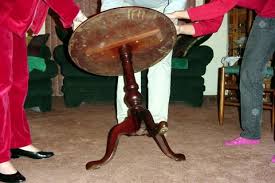 The typical results experienced will be strange noises. The noise usually precede the vibration of the table; then after the vibration effect the table will eventually move. As the number of times the group meets; the stronger the effect and increase in power of the energy. It is possible that the table will act as if has developed some sort of intelligence. This is evident if members of the group start asking questions and get answers by receiving a knock, or tilt, perhaps you can see how it was that most people believed that this phenomenon was caused by spirits. 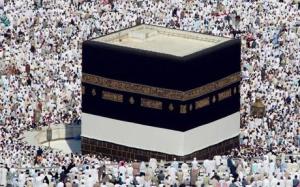 Note; that inside a church or worship area where a group of people focus on an altar, or even the millions of people focusing their energy to east to the big black meteorite in the shrine in Mecca; they are charging up the object with energy. A lot could be done with the built up energy. It is too bad that these religious doctrines do not recognize this…..
Or should I say, it is not made known to the masses that they could tap into this energy… 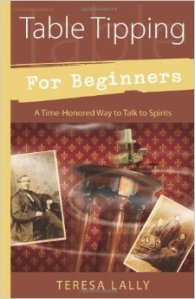 These are suggested guidelines for table tipping:

1) Select members of your group, you need at least four or five people. Make sure that the people you pick is able to attend all sessions, or at least until you get some results.

2) Choose a location. Perhaps it could be in one of the member’s home, a place where it is convenient for everybody. Remember that there has to be a table, and I’m not talking about the big wooden dining table either.

4) The lighting will have to be controlled. Most people use the cover of darkness, however it is not written in stone. You can use candle light, or colored light bulbs, low regular lighting. The idea is to create an atmosphere that everybody is comfortable with; it doesn’t have to be spooky.

5) Once everybody is seated, make sure that nobody is uptight, talk in a normal fashion, yet don’t expect anything unusually to happen, or have unrealistic expectations.

6) Make sure that everybody’s hands are on the table at all times, even if things are happening, hands must be kept on the table.

7) Make sure that your sessions are not interrupted. No cells phones, and if people are in the other rooms, tell them not to disturb the group, and make sure that the T.V is not loud enough so that it can be heard in the room that you are using.

8) Patience is a virtue, this is a progressive thing, nothing may not happen the first go around, or maybe the second, however as the group stops anticipating results it is when the results actually start to happen.

Note: It is interesting that faking the phenomena actually encourages the real phenomena to happen, perhaps you and another member can experiment with this, faking something then see if the real thing follows. The idea behind this is that the inherited disbelief of these types of things. The disbelief is part of our belief system, which runs deep, thus it may block the results. However once something is faked, then it will break the resistance caused by the disbelief because people now have a perception of what they thought couldn’t happen is actually happening, freeing up the doubt.