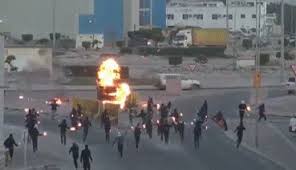 This past couple of day’s history was being made in America. This time historical events took place in Baltimore in the state of Maryland. Rioting took place in the black community responding because of the death of young man who died in Police custody. Social media have been on fire of black people arguing back and forth about the Baltimore riot. My cousin King Solomon playing a devil’s advocate; he has posted some views which sparked debates. Hell, I should congratulate him; he is almost as good as I was while I ran the yahoo group Mindfocus. I used to say things, introduce a point of view or concept to rile up members to say something whether it was good or bad. Yet, with King Solomon, I wonder if those skewed or screwed up views are truly what he believes? I guess the next time I see him in person; I’ll have a talk with him and get to the bottom of his true feelings. So let’s get a sense of what is going on mentally that people feel the need to riot.

Martin Luther King said that, “the limitation of riots moral question aside is that they cannot win and their participants know it. Hench rioting is not revolution but reactionary because it invites defeat. It involves an emotional catharsis but must be followed by a sense of futility.” I hate to tell you this, but in this instance Martin Luther King was wrong. Riots can and have opened the doors to revolution. Just ask the gay activists. Their movement and political action started as a result of the Stonewall Riots. The gains that they won in such a short period are something to be reckoned with. Rioting facilitated the American Revolution. History is full of examples. Also on the flip side participants of rioting have been victorious. You can ask the black community who have historically been victims of rioting. Those who perpetrated the riots against the victims were the ones who realized their goals. The victims’ homes and businesses were destroyed leaving them displaced. The 1921 riot in Tulsa, Oklahoma and in 1923 Rosewood, Florida and many other incidents serves as an example of the black experience of being victims to rioters. The conditions of rebellion in an attempt to overthrowing government in America does not exist, hence the reason why people decide to riot is usually for the lack of justice and the refusal of authorities to take responsibility to resolve an outstanding problem. Rioting can be cathartic events for people who feel that they need to make a point to authorities who aren’t hearing them. As for a riot being reactionary, that is the only part of the statement I agree with.

Mechanics of a Riot 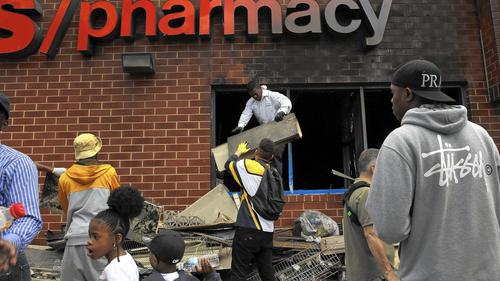 Riot is a legal term that involves a disturbance of the peace; it’s distinguished from lawful assemblies by the violence that occurs. A riot is not a planned event; people don’t get invited to participate in a riot and once engaged in rioting the participants may not have met each other before. However, they are linked by the social problem or complaint that made them take the streets and riot. Those who participate in a riot tend to be people who have few or any economic means. They have nothing to lose. The middle and upper class people usually do not participate in a riot because it may cost them their livelihood.

A few years ago there was a riot in the Washington Heights section of New York City. All throughout the area, stores were looted, cars were overturned and burnt. Yet, the only building that was not attacked was the welfare center. So the crowd may have a sense that they won’t touch the resources that helps them. I wonder if there is a similar experience in Baltimore.

When a group of people assemble and there is a great deal of emotional and angry turmoil it will only take one act of violence to whip the crowd into frenzy. The crowd will follow the lead rioter and begin destroying property and or hurting people. Being part of a group/crowd destroys the individual person’s inhibitions and the person will end up doing things that they would not normally do if they were not part of the group/crowd. The individual principles and values are replaced with the mentality of the crowd. When the crowd assembles after an authority’s perceived act of injustice, unfairness, the feeling of common emotion will make the feelings of injustice/unfairness even larger than it actually is. Being swept up in the midst of a group/crowd can be exciting and it has a power hold on the individual making the individual feel invisible that by being part of the large group/crowd whatever action the individual takes won’t be detected and they will not be held responsible for their actions. Often rioters would attack property or business of someone who had nothing to do with the events that triggered the riot. As far as looting big chain stores is concerned the rioters do not own them so they don’t see it has destroying their own neighborhood. The real victims would be the mom and pop stores. The longer a riot continues then the reason why people decided to riot in the first place will be forgotten.

At the heart of the recent rioting within the last twenty years is the action of the Police brutality that triggered it. America has increasingly tilted towards being a Police state. This means that the Police operate with impurity. This result in a few members of the Police force to become arrogant, and feel they are above the law. They start to abuse their authority and the Police commanders always publicly support the abuse, and misconduct, even if the Officer violates numerous department regulations and/or the law. Suspects are beaten because the Officer feels that they are resisting arrest and the way to get the suspect to comply is by beating them. If an Officer does not know how to get a frightened suspect to comply with his instructions without beating them, it implies a lack of training, and instead of taking responsibility the commanders justify use of force. Unarmed suspects are killed in a controversial manner. The justification for the killing is because the Officer fears that their life is in danger; even if a video shows no weapon. Examples of corruption and brutality is on a Cop watch dog list called “Cop Block” https://www.facebook.com/CopBlock.

Let me just set the record straight by recognizing that there are legitimate cases were the use of force and deadly force is justified. That is not the problem. The problem is when the Officer used force that is unwarranted and indiscriminately use of deadly force when their lives were in no real danger.

The culture of Police departments is that they do not reign in unruly or corrupt Officers and accept blatant lies on official reports. It denotes that they have no control over their Officers and implies a lack of standard of conduct.

In addition the court system fails to indict Officers who break the law even in the face of overwhelming evidence. People feel that there is an injustice and it climaxes when the community gets up-set that they stop supporting the Police and since the people feel that the justice system is bias, it facilitates acts of civil disobedience and disturbance of the peace by rioting.