I was walking back to the parking garage in downtown Brooklyn, when I came across a street vendor selling books. Normally I would just pass by them by without a glance; however, somehow out the corner of my eye I saw the title of one of the books as though it was calling me. I stopped to get a good look. It was a brand new copy of a book that was on the N.Y Times best seller list. I asked the dude how much, and he told me $5.00. Cool, I just brought a book that retails $25.00 in Barnes & Noble. The vendor didn’t know what he sold. This particular book was written by a Journalist named Neil Strauss. The name of the book is “The Game: Penetrating the Secret Society of Pick up Artists.”  (Neil-Strauss-The-Game) This particular publication blew the lid off the seduction community a secret subculture where men join the seduction lairs to learn the art of seduction. Well, I True_George was very much involved in this sub-culture as a member of the New York City lair which we called the New York City Strike Force (NYCSF). 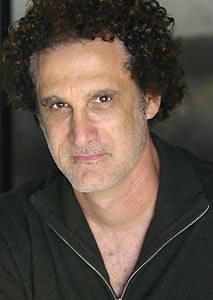 My involvement began when I became a student of Ross Jeffries Speed Seduction. Jeffries is one of the originals who taught the communication technology of the kind of communication that women respond too. Jeffries developed Speed Seduction because he was unsuccessful with woman. In fact in his own words, he said he went five years without having sex; after all being a six foot geek and looking like he can win an ugly contest didn’t do much for his self-esteem or self-image when it came to women. Fortunately for Ross he was a student of Neuro Linguistic Programing (NLP) which he studied because there were NLP techniques that when used effectively will get someone to fall in love with you; at least they will think/feel they are in love. After Ross put his program together and did the practical lay work, his dry spell was over and he decided to bring his method to the world. He called it “Speed Seduction, “not because there are claims of how fast one can seduce the woman of their dreams, in fact there is no such claim. He named it after Dr. John La Tourrette’s publication “Speed Hitting.” Dr. La Tourette is a leading figure in the hypnosis and energy healing community as well as a former Silva Method instructor. He is also a martial artist and has written many martial arts instruction manuals.

Anyway, my reasons for getting Ross’s speed seduction program was not because of a dry spell, you see, at that point in my life I was getting into contact with a lot of exceptional beautiful women, and many of them were slipping through my fingers for one reason or another. Some just wanted to be friends; some made some other excuse based on flaws in my character; while others made claims of having boyfriends; and I certainly wasn’t wasting money on any of them. I needed to circumvent this and I heard about Ross’s program. I got it, studied it and made improvements giving me a lot more opportunity and choices with any and all the women I come into contact with even if they have boyfriends or isn’t the type I usually got for.

Now that I was a student of Speed Seduction I became privy to his Speed Seduction forum discussion group where his students could discuss their success, their mistakes, what worked for them and what didn’t. However, I kept of hearing of live study groups in Los Angeles, Chicago, San Diego..etc. Hey, I asked, is there a study group in N.Y.C? Didn’t get a definite answer, but a dude name Studny contacted me off the group and told me that there is indeed a study group in NYC and that he’ll pass on my request to join. A couple of days later I got a message to join the NYCSF yahoo group after that the round table invitations came. The round table invitations announced the date and asked for confirmation that I plan to attend. It stated that the location will be announced a couple of hours before the meeting. The invitations announcement also stated that if I confirm that I’ll attend and fail to show up I will not receive another invitation. I guess the ones who weren’t serious were weeded out.  I confirmed and got the location on the day of the event.

I got to the location to the setting of chairs arranged in a circle, with a board and easel on one side near the chairs. The guys came in and filled the chairs; I saw some familiar faces among the group. There was John the founder of the Somnambulistic Sleepwalkers and former Silvia Method instructor, he is now the owner of N.Y Hypnosis Center ( http://www.healthwithhypnosis.com/testimonials.htm), there was Marco, the NYC lair’s leader & one of the organizers, moderator of the NYCSF discussion group, and incidentally the leader of an NLP practice group; and Cliff a master hypnotist whom I met at one of George Bien’s seminars (www.georgebien.com). This first session was pretty interesting, techniques were discussed, and the board and easel was used to illustrate the techniques and to make things clear. There was a question and answer session also; then we go out to the field to practice what was taught (sarging). Out in the field we broke down into smaller groups, and went to the various establishments in the area. There were those who preferred to practice in bars, and there were those who didn’t. Wherever we preferred to practice the goal was to have fun. Whatever results happened was posted as a field report on the NYCSF discussion forum. I got to tell ya, the whole thing was excited and fun, good atmosphere and great people, not to mention interacting and seducing women and improving our game. The only cost to all this was a $10.00 donation to pay for the round table room, the subway ride and beer money if you decided to have a drink while sarging.  The only blemish came when Mystery, yes the same one in the book; he was supposed to be a guest speaker at one of the round tables; but he didn’t show, his excuse was that the lair did not pay him.

Well, all good things come to an end and the beginning of the end was the publication of The Game: Penetrating the Secret Society of Pick up Artists, (Neil-Strauss-The-Game) and the lair started to move towards being pick up artists rather than seducers. As Marco put it when he left the community it was more like a badly held secret. The book the Game made it into the mainstream so the round tables were becoming more and more popular. At this point it is unknown if efforts are being made to keep it secret now. Also, many other lairs sprang up and all are competing for members. The new lairs are all profit based, promising the moon but all focused on short term relationships. Marco also found that many men never out grew the approach game to move on to healthier relationships, and that teaching a holistic approach just doesn’t appeal to the seduction market. As far as the techniques are concerned the approach is to teach a more “natural” style or at least make it look like it.

Awareness of the Game

Today, women are a lot more aware of the game approach, but usually to specific lines they read or heard about. Negging is by the far the most popularized and controversial technique but you also see this happening all the time with the “natural” players so it only changes the dynamic when the women shut down or the guy is doing it with a hostile intent. This is why many companies moved away from the Game and applying techniques by the book and more towards the “natural” style so it doesn’t seem so robotic and also for marketing purposes. The robotic stereo type became a joke and everyone wanted to seem more “evolved”… of course, the emphasis is still very much on the initial approach so there is not really much evolution. That’s just what sells and it definitely took away from the community.