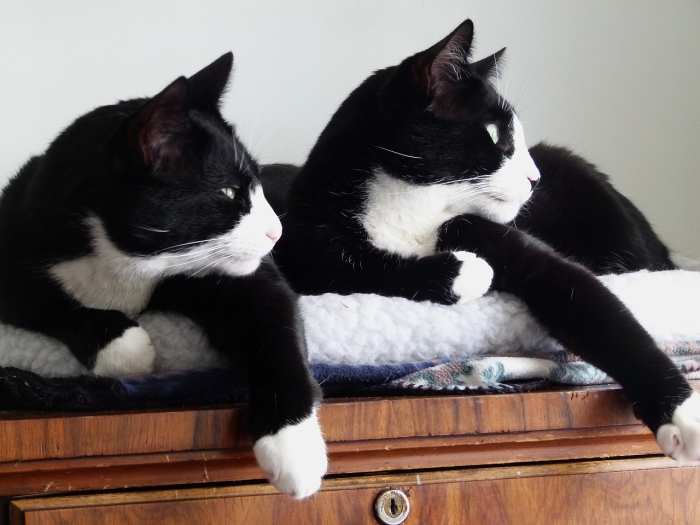 The parallel of this dream in reality is that the black and white cat the second we owned used to be a house cat until he started to go outside. One day he went outside and he came back a couple of days later. When he came back he was sick. He was taken to the Vet and the Vet recommended that the cat be put to sleep because his kidneys would fail within a week and it was better to end the suffering.

The white cat was the fourth we owned, this cat kept on scratching up the walls and furniture, so it was decided to have her declawed even though I was against the idea. However this cat was not an ideal house cat to begin with and we ended up putting her in the basement. After a while the basement became infested with fleas, so when I opened the door to clear it out the basement the  cat went outside and once she was outside I had never let her back in so it ended up becoming a stray roaming the streets.