Sometimes in an environment where there are people who have mental health issues there are things that happen that just cannot be explained. It is as through an external force… Read more Punched →

I was engaged in doing another project of putting together subliminal C.D’s which I was hoping to sell; and as I was relaxing and waiting for one of the software… Read more Torso → 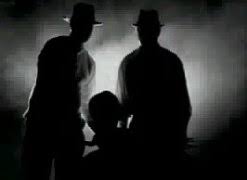 Another day has was done it is around 11:30 pm and I was back in the room but before retiring for the night I watched a Wu-Tang Clan, karate movie.… Read more The Three →