The Law of One_book_1 is a series of books by researchers Carla Rueckert, Don Elkins, and Jim McCarty. It is the basic principle that all is one and that all… Read more Law of One →

There are lots of stuff that is going on in many societies that are a secret, yet the regular Joes know something about that that secret. The only thing is… Read more The Breakaways →

I was watching a series of interviews with this guy named Corey Goode. He had a lot to say and what he said would get you wondering about lots of… Read more Corey Goode → 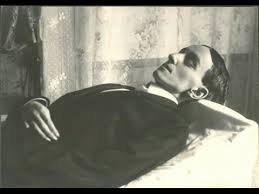 With All hollows eve aka Halloween around the corner there is a tradition of dressing up in creepy costumes, watching creepy movies or doing creepy stuff to foster the spirit… Read more Creepy Photography →

I heard that wind chimes can be used to detect the presence of spiritual activity it is an old Chinese belief; a belief that is wide spread. It is said… Read more Succubus Busted →