There have been some concerns that I have when it comes to mind control and how various organizations make use of certain techniques just to make a human being become obedient to the point of being a puppet. The path led to some information that is graphic compared to the techniques used by cults to control their members. Once again I have come across the Illuminati who are the masters of what is called trauma based mind control. I’m sure if a search is done on the web you can probably find some of this information, however when you do, the information that you see may come across as being far-fetched; it is up to you to decide if the trauma based programming is done without wide spread knowledge of these things going on. One of the key factors in the Monarch program is a person’s ability to disassociate. The people involved in the Monarch program had discovered that the ability to disassociate was genetically passed down from generation to generation in Native American Indians, and Eastern Indians, also with children of Tibetan Buddhists, the Vodoun and Bizango and other indigenous groups. It was also found that children (European model) in families who have a multi generational tradition of child abuse were also good at disassociation.

Exploiting the ability to disassociate 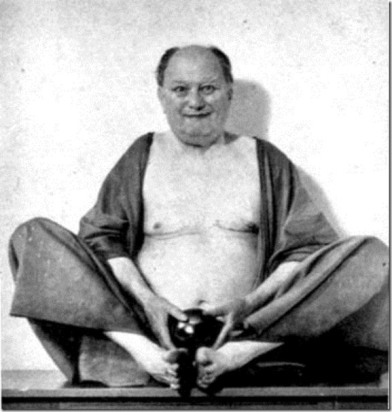 The role of the Europeans was to exploit this discovery in the same way they exploited everything else they came in contact with. So the Illuminati families and the European occult practitioners went to Tibet and India to study the Eastern Occult. Yoga, tantric yoga, meditation, trances and other Eastern Occult methods were learned so that the members of the Illuminati would have an increased knowledge of disassociation; and that they can pass on the ability to disassociate genetically to their children. Those children will be tested when they reached 18 months old. The children who have developed the ability to disassociate at a certain level will be selected to participate in the Monarch program.

The children that were selected are put through trauma so that the controllers can gain control over their minds and turn them into slaves. The slaves will be used for a variety of purposes, which are both hierarchy and non-hierarchy. The ones that are created by the Illuminati will be used within the Illuminati hierarchy. These are the ones who will be used to help program the others. In addition the covers of those selected for this purpose will be hidden and their genealogies will remain a guarded secret, and the abuse that they received will not be as physically visible as it will be for those who were not born to members of the Illuminati elite. There is a difference between the hierarchy Monarch slave and non-hierarchy Monarch slave, the difference it is that the programming process is not carried out in the same way.

There is the Luciferian elite, which belongs to a group called Moriah. When one talks about Moriah, they are talking about the Illuminati. The Moriah have also been programmed through the trauma based mind control process. What separates the Moriah from the others is that the torture scars and the control level are better concealed. Also, these ones will receive lavish experiences and will receive talk that convinces them that they are part of the elite. What is interesting is that body scars will show up better under black light, the black light is the same light that is used in the clubs.

There are programmed individuals who are expendable. The expendable ones are used as sex slaves, saboteurs, breeders, soldiers, drug couriers, etc. The torture scars are often visible; the expendable are the ones whose parents were forced through black mail to turn their children over to the Monarch program by the Central Intelligence Agency (CIA). These are the children who have pedophile fathers and /or pornographic parents. Around the age of 30 they will be thrown from the freedom train, which is a code word for them to be killed.

CIA and the Illuminati have a system that they use to blackmail the parents. It is done through surveillance of the mail system for pedophile and pornographic material. Agents of the CIA or Illuminati will then contact the parents and give then an offer that that cannot refuse. In return for their cooperation, the parents will be rewarded handsomely. If the parents do not cooperate, then they will be on the losing end of life’s stick. This is a tactic similar to what the mafia does. The type of father that the Illuminati usually prefer is the type that will abuse his own little baby girl. The Illuminati know that this type of pedophile has no conscience then the type who will wait until the girl becomes a teenager before he starts to abuse them.

Ministers are often used in the process. The Ministers are set up with agents that are called Betas (a sexual model). The Betas blackmail the ministers. Most ministers do not want to lose their status and profession through a sexual scandal or allegations of corruption, so many agree to turn over their children at a young age to the CIA. The Illuminati likes to choose ministers around the time they have finished their seminary and is fully committed to the ministry; they are usually around 33 years of age and when presented with the idea of having nothing to fall back on if they should lose the profession that they have committed their entire lives too is just to much for them. The ministers are usually weak willed and will buckle under the pressure of threats. Those who do not buckle will be removed from the ministry.

We would have to come to the conclusion that the two organizations the CIA, and the Illuminati have the backing of a lot of movers and shakers of this world, if this was not so, then the activities would have been exposed a long time ago. Both organizations need each other, and other organizations are also needed so that they can carry out their work. The supporting organizations are called fronts. These fronts are elaborate well-staffed and well equipped programming sites.

Many of the fronts are state mental institutions, there is the McGill psychiatric training network which consists of 8 Montreal hospitals; NASA in Huntsville, Al; NOTS at Chinalake, CA. One of the more famous sites is the Boy’s Town, NE the orphanage which was established during the early 1950’s, Boy’s Town was taken over by Satanists and the CIA and it is used as a constant supply of boys for the program.

The top people in the Monarch program are members of the Illuminati; one of the most infamous was Joseph Menegle the Nazi doctor. Menegle had achieved the rank of Grand Master and Ipssimus within the Illuminati. In addition to his skills as a medical Doctor with a specialty in abortions, torture and programming children; Mengele was a musician, dancer and a Kabbalistic Magician. It is said that many children who were programmed by Menegle that survived the concentration camps still refer to him as “daddy” till this day.
Before the final events that led to the fall of the Third Reich Mengele had disappeared from Auschwitz around January of 1945 and was smuggled into the US by the Illuminati; where he became the lead programmer; Mengele put to use the refined skills and programming methods that he obtained from programming thousands of children in the concentration camps. Mengele was allowed to travel all across the US and aboard. He was accompanied by two black servants and went under the alias name of Dr. Green while doing his work programming children. One of the reasons why Mengele was allowed to enter the US to conduct the trauma based mind control programming was because Mengele had sophisticated methods of programming children. Before Mengele the Illuminati’s program was very simple, and now it has some credible sophistication.
.