It was between 1:30 -2:00 early morning when I was in bed lying down on my back reflecting on some things that I had on my mind. First I was… Read more Caring Spirit →

I was in bed and girlfriend was on the other side of the bed preparing herself to lie down. I was lying on my side facing the opposite direction from… Read more Screamer →

At the second gig I was in the office; it was quite even though I heard the voices of some of the clients chatting away in the common hallway area.… Read more Go Away… → 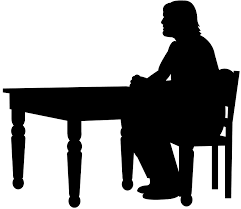 I was tossing and turning for most of the night. Perhaps I wasn’t that tried to begin with and was just lying there and not sleeping it was a bit… Read more Silhouette →