There are three levels of basic mind control and each level corresponds to a psychology school of thought. 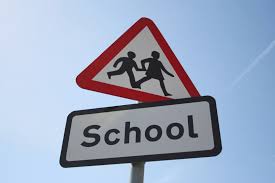 Level one is the type of techniques that appeals to the conscious mind. The psychology school of thought that is associated with level one mind control is cognitive psychology. This branch of psychology deals with the mental processes, which includes how people think, remember, learn and perceive. The mind control technique that is used is information that appeals to a person’s reasoning through education and indoctrination.
Control through education is where someone takes a class on something that they want to do, or an activity or even joining an organization. They learn the do’s and the don’ts in essence control through education is based on rules and regulations. If a person does not know the rules and regulations, they will receive instructions and caution that not following those rules will not put you on the road to success in other words one must conform.

Propaganda ( https://truegeorge.com/2015/08/01/propaganda/) is based on level1 mind control the word propaganda is simply means information that is selective with the goal to educate other in a particular worldview with the control of information.

Ivan Pavlov who conducted the famous experiment that linked a condition response to a stimulus first observed classic conditioning. In the case of Pavlov he had his dog salivate (conditioned response) at the sound of a bell. The MK Ultra program took this to the extreme by doing experiments by taking an individual subject link them to an environmental stimulus, the stimulus can even be a word which is supposed to trigger a behavior. In other words the Manchurian Candidate.
The other type of conditioning is operate condition which was developed by the famous Psychologist B.F Skinner is based on conditioning via rewards and punishment which are used to reinforce the type of behavior that is wanted.
Hypnosis falls under level 2 mind control due to commands can be implanted to the sub-conscious and it can be done in a formal manner of informally. Punishment, duress is also a level 2 mind control technique. This associates a behavior with discomfort and/or pain. Other techniques or terms that fall under lever 2 mind controls are:
• Brainwashing
• De-patterning
• Political education
• Religious De-programming

Mind control through biology is level 3. The field that is associated with level 3-mind control is the medical practice of psychiatry. This is an attempt to control behavior through physical means such:
• mind altering drugs
• electronic implants in the brain
• electro- shock therapy
• Surgical brain operations