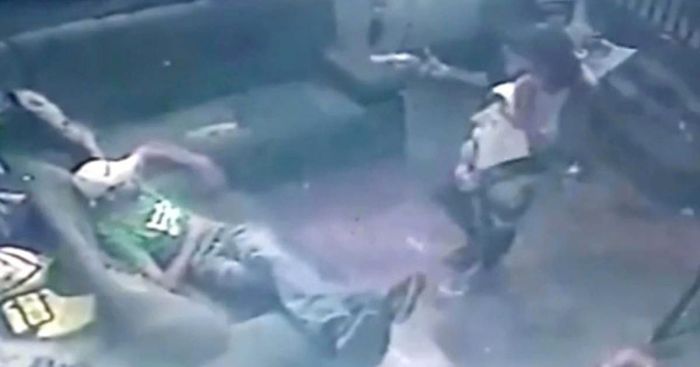 I dreamed that a man who we’ll call Hitler was holding some women and another man captive; Hitler was demanding some type of information, or an answer to something that was not revealed in the dream. Hitler threatened to kill the group if he did not get the information or answer he is looking for. The people that Hitler was holding in captivity did not know what he was talking about.

I saw that Hitler took one of the women (we’ll call her Fay); and put her to lie on the floor; Hitler had a hammer in his hand;  I saw the hammer go into the air and was coming down, before the hammer hit it’s target the scene shifted to the location where the other three women were. The women were in a box, and their heads were sticking out in a triangular circle. They were looking at Fay being hit in the head with the hammer multiple times. I did not actually see Hitler hitting Fay in the head with the hammer I only heard a bang each time the hammer impacted on Fay’s head.

The scene shifted back to the killer; this time he had Fay’s head in his hands, the rest Fay’s body was nowhere to be found. Then Hitler turned to the man (we’ll call him Winston); Winston was tied up on the floor, he was on his back, with his hands and feet tied up in different directions. Hitler asked Winston a question; Winston did not know the answer, so Hitler took a chain saw and started to cut off Winston’s arms and legs. At the point in time when Hitler started the chain saw, the scene shifted, back to the three women for a brief moment then back again to previous scene of Hitler with the chainsaw only it was after he did what he did, to Winston. The only thing that I saw was Winston’s arms, legs, and feet that were separated from his body. The limbs were on the floor, and they were still shaking. Then Hitler’s attention turned to the three women; one of the women (we’ll call her Eva) told Hitler that she has just called the Police. Hitler said that it was impossible for her to call the Police; Eva told Hitler that there is a telephone in the box. Hitler looked in the box and he saw that he tied up the women in a telephone box. Hitler expressed that he was surprised he made a mistake like that; he then killed the other two women, and allowed Eva to live.

The scene shifted to the morning after the murders; I saw that Hitler had a local woman (we’ll call her France) come over to clean up the blood. While France was cleaning Hitler got upset with France because she did not clean one of the rooms to his liking; France thought that Hitler was going to kill her too; but instead Hitler took the cleaning supplies, and showed France how he wanted the room to be cleaned.

The Police set up a surveillance unit to observe what Hitler is doing. Hitler knew that the Police would eventual come and get him, so he decided to use the France as a tool. Hitler said since he is waiting he might as well have some fun. At that point he started to rape France; he told France that since she is alive, he might as well put her to use.

The scene shifted to the location of the house where the killings took place. It is in a fishing village. I saw that I was one of the detectives on the case, we were looking for a house to set up the surveillance. I saw a bunch of cars lined up, people were in the cars fishing.  I went up the hill, when I reached the top of the hill, I saw Hitler;  he was participating in the fishing activity, then when he saw me he turned towards me and he took a knife out of his jacket and lunged towards me… at that time I was suddenly awake…..