Toxic To The Core 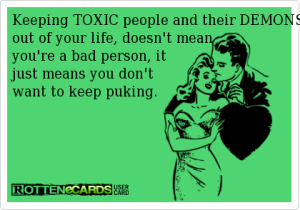 Then she starts talking about her children, she says that her daughter is caught up with some dude that she doesn’t approve of. Then she says that her son is an angry child. He didn’t grow up with his father and is looking for a male figure. Could I talk to him? I say, “cool,” bring him along with you the next time I see you. She brings him along; I expected to see a high schooler, or someone at least 18 or 19. Instead I see a grown ass man of 24 years old. O.K we get to talking. Come to find out he is an angry young man who is mostly mad at his mother. I’m not sure why? But it all started when he was a pre-teenager at that time period she intentionally decided to take her family into the shelter system so that she can get a fast track to the housing subsidy section 8 program. What happened in the shelter? I’m not sure because they both give deceptive explanations; except for he was involved in an accident which was the only clear thing they mentioned. I quickly find some excuse to leave; they are beginning to drain my energy.

A couple of weeks later she calls me complaining that her son met a Russian chick and she has turned him out. He was a 24 year old virgin, now the Russian girl took his virginity; yah, good for her; but and now he is pussy whipped. She doesn’t like the girl because she considers her a conniving jezebel, and girl’s father doesn’t like him; he considers her son as being weak ass and worthless. Funny, looks like me and the girl’s father has a meeting of the mind and we never met. She let it be known she doesn’t want the girl in her house; the girl’s father let it be known he doesn’t want him in his house. I let it be known, it’s not my affair and why are you telling me this?

So now the woman’s son had dropped out of college and the girl graduated; and when she left the college, she left him too. On the rebound he got together with a divorcee and knocked her up. The divorcee promised to marry him, but when the dust cleared the divorcee lied. She wasn’t a divorcee; she is still a married mother of two children. Except for she doesn’t live with the husband so she considered herself as being divorced. What the fuck is this….! It turns out that she and her husband were still having sex, and she was having sex with other dudes too. So what makes that sorry sack of shit son of this woman think that he is the child’s father? Well that’s beyond me because he does not want to take a DNA test to find out. He says if he asks for one the fake divorcee will get upset. I’m thinking it’s a good thing this dude’s daddy isn’t around because if he was I know he would have slapped some sense in ass….I’m looking for a way out of listening to this silly drama. 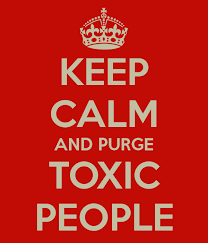