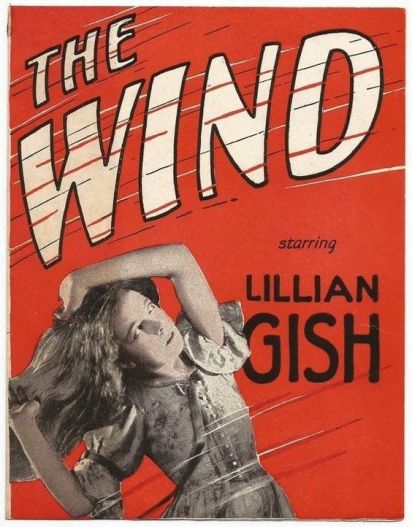 From the creators of yesteryear comes one of the classic films that was produced in Hollywood. The Wind starring Lillian Gish; it was said that Gish performed brilliantly. The Wind was a silent movie the last major silent movie that was released by MGM. Sound in movies and the slowing down of the shutter speed was beginning to become prominent by the end of the 1920’s. Even though it is a classic, the critics at that period of time did not do it justice. I once saw a documentary about the making of this movie where it was revealed that the wind making machine gave off fumes that made the actors, actress and production crew sick with lung congestion. As you have already figured out True_George likes to see these Original movies in their pure form. During that period when the silent movies ruled the big screen Original stories or movies based on novels; show me a movie that is made in our modern era and I’ll show you the original Silent movie. Today’s Hollywood lack original creativity. But as far as The Wind is concerned, I don’t know if Hollywood ever re-made this movie. I’ve haven’t seen or heard of a remake of this movie. If anyone has, please let me know. Otherwise I guess the reviews were so bad they locked it in the vault, you can’t even find the full movie on You Tube where the other classics are. Well at least most of them. Hell, good luck if you can find it on DVD. If it wasn’t for The Movie Channel (TMC) it wouldn’t be shown at all.