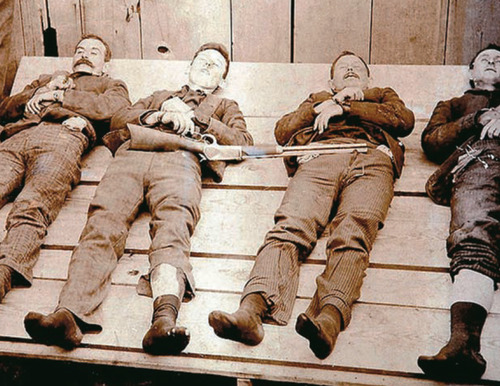 I went through the motions of the meditation self-hypnosis techniques. When I felt the body relaxed it wasn’t long before I started seeing pictures. The pictures were not clear; in an attempt to get some clarity I changed the position of the eye pupils. I moved the pupils to look upwards instead of looking level. I found that the picture became clear after I moved my pupils in the upward position. Now that I have some clarity I found that I was observing myself participating in the event. The setting of the event took place in what resembled the old west; I was involved in a gun fight, I saw that I was the won the showdown.

The scene shifted to me having an argument with a woman. I had the feeling that the woman was my wife (Wifey) and I saw that I hit her.  Wifey had some kind of over coat that had three side pockets, or holsters on each side (perhaps a tactical veat). The pockets or holsters held three small size pistols. After I hit Wifey I took the over coat away from her. I now possessed the coat with the six pistols, three on each side, plus I had on my regular pistol on my gun belt.

After that I found that I was in a bar walking down a line of prostitutes. Probably in the midst of choosing which one I would spend time with. Then I saw Wifey. I took her to the side and asked her what was she doing here? Then I saw three men, I must have had a conflict with these men because when they saw me they started to come after me. I ran out of the bar and into another building. It was a bank, at that time I ran in the bank the bank employees were emptying the vault. There were armed men and police inside to protect the shipment of cash. However it seemed that I was familiar with the building because I ran right to a staircase and took the stairs down to the basement. There weren’t any armed personal in the part of the building where I went.

Just as the three men came running out of the bar the money was being moved out onto the street. Seeing the armed men the police thought that they were attempting to rob the shipment. The police took action and surrounded them, shots were fired and the three men were taken out.

I had to shift the position of the chair because when I leaned backwards, I was directly facing the light, which prohibited me from attaining the level of relaxation to attain an experience. This experience seemed more like a dream then an OBE.

Also the announcement does not make sense to me. I already completed PLDC over ten years ago. The air disaster is questionable. But as it turned out that maybe I need to repeat the course to get promoted.