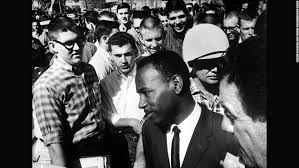 After watching three movies I decided to lie down while my roomies were still watching some other movie on the DVD player. When I laid down I did not perform any movement of energy exercises, nor did I do deep breathing; I just let the body naturally relax. As the body was relaxing and the mind started to enter the sleep stage the body begin shaking and vibrating. This is one of the sensations that I sometimes feel when a spontaneous out of body experience is going to take place. I thought I reached the stage where I could leave the body; however even though the legs and torso left the body and was floating my head stayed attached and would not separate. I attempted to separate the head from the body failed, somehow the energy was too dense to allow the head too release. Then I gave up and stopped attempting. The torso and legs realigned back into the physical body. But it wasn’t too long before the vibrating began again. This time I left the physical body with ease. After I was projected outside the body and was in the room I went towards window and passed though it to go outside. Once outside I saw that the weather conditions were different then it was in the physical world. It is the middle of summer but in this projection the weather was much cooler and there was snow on the ground. Then I saw this female; I made contact with her, when I began to communicate with the female being it looked as though the other beings that were there did not want me to communicate with her. They got upset and they started to surround me. At that point I felt like I was going to be attacked so went into a defense mode. I started to use exert energy to repel them away from me. I was successful in keeping the beings away until I found myself back into the physical body.

I’ve seen the beings that were in this experience before. I specially remembered their appearance; It was three of them, the racial features looked black or mixed. The hair style was a beehive, the type that was popular in the 1960’s. They were wearing a gray rain coat, I could say that there was a strong resemblance to the musical group “The Supremes,” yet it was not the Supremes, perhaps it was how my subconscious filtered their appearance to resemble figures that my conscious mind would accept…..