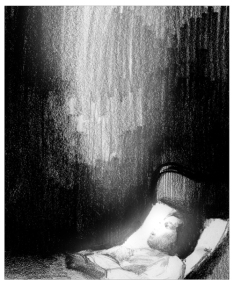 Being involved with an organization like the International Academy of Consciousness ({IAC}; https://truegeorge.com/2015/03/30/science-of-astral-projection/) one becomes aware of their essence. There are a lot of energy exercises; the exercises are a measure to strengthen your energetic self-defensive against physical and extra-physical forces. Like physical exercise there are benefits that develop. For example if one should do a lot of running they will develop their cardiovascular endurance, lose weight and reduce stress. It is similar when doing energy exercise. It will strengthen the aura, strengthen your energetic endurance against energy draining vampires, detect any energy blockage and loosen it up allowing the energy to flow, or the blockage may be an indicator of some physical aliment. For self-defensive it can repeal unseen forces, as well as conservation of energy to help you when toxic people drain you. Another development that takes place when regularly practicing energy exercise is the separation from the physical body experiencing lucid activity on the astral plane. However you tend to attract attention of the extra-physical beings to yourself.

I was doing one of the IAC’s immersion courses when one night while I was in bed; I detected some kind of presence sneaking up on me. The room was dark so I didn’t see anything. It was a feeling that I had. I held out my hand, then suddenly my hand was grabbed; the unseen had a firm grasp on my hand; it was a strong I could not pull my hand away. My heart started pounding and I could not move. Something had got a hold of my hand and I don’t see anything, or anyone. After a couple of minutes whatever had my hand let go. Then I was startled, in Awe and flabbergasted all at the same time when I saw the silver out line of two beings. It was a male and female and they were doing the waltz. The male had on a top hat and was wearing a cape; the female was wearing a long dress. The clothing looked antique perhaps the 1800’s, they danced and turned at least three times before they disappeared.

Still don’t know what to make of it; these two spirits suddenly showing up intruding  then disappearing after absorbing some energy like a thief in the night. Was this random or were they there all the time? Well, I haven’t seen the female ever since, but the male did make another appearance. But I’ll tell that experience another time.